“We’ve been hard at work recruiting some of the industry’s finest Captains to restore this iconic brand,” announced Roberto Fazi, Crystal Cruises’ Senior Vice President of Marine Operations. “Working together, they are committed to restoring Crystal to its position as one of the most award-winning brands in the industry.” 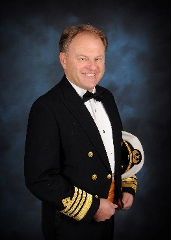 Captain Birger J. Vorland – With an extensive maritime career that began at 19, Captain Vorland will once again return to Crystal. He previously joined Crystal Cruises in 2003 and commanded Crystal Serenity on voyages covering most of the world, including Northwest Passage expeditions in 2016 and 2017. “I am looking forward to rebuilding the staff and crew that achieved so many firsts. The Crystal ships set the standard for luxury and service, and I can’t wait to welcome our guests back.” 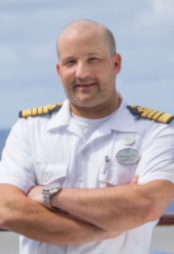 Captain Nenad Willheim – Born in a town in Croatia with a long maritime tradition, Captain Willheim started sailing as a deck cadet on a general cargo vessel while pursuing his education at the Faculty of Maritime Studies. After several positions within the industry, he joined Crystal Serenity as First Officer in 2006, later working his way up to Vice Captain in 2011 and Captain of the former Crystal Esprit in 2015.

Captain Tonci Hladilo – With a Master Mariner License, Captain Hladilo joined his first passenger ship in 2002, eventually serving as Chief Officer while earning a Diploma in Management in the nautical sector from the University of Dubrovnik. In 2006 he joined Crystal Cruises as First Officer, sailing on Crystal Symphony, Crystal Serenity and the former Crystal Esprit as Navigation Officer, Chief Officer, and Vice Captain. In 2017 he was promoted to Captain of the Crystal Esprit. 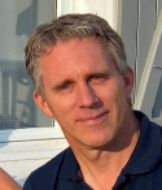 Captain Vincent Taillard – After graduating from the Merchant Marine Academy in Marseille in 2003, Deck & Engine Dual Purpose Licensed, Captain Taillard began his career aboard various vessels and private yachts. He earned his Master Unlimited Class One License in 2007, becoming Captain in 2008. He is an Ice Pilot and Ice Navigation certified Captain and has commanded numerous cruise and expedition ships on all seven seas.

Celebrating a new beginning under the ownership of the A&K Travel Group, the most award-winning luxury cruise brand will sail again in the fall of 2023. The graceful and spacious ‘Crystal Symphony’ and ‘Crystal Serenity’ will welcome returning guests and discerning travellers after extensive refurbishment. Guest capacity will be reduced with more suites, larger staterooms and fresh public spaces. Crystal Cruises will again raise the bar on gracious and luxurious cruising, built on the pillars of service, choice, quality and space. Register at CrystalCruises.com for updates.